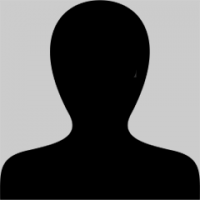 Aina Raud-Kivi, born on January 30th, 1914 in Pärnu, was a schoolteacher by profession. She began school in Viljandi, completing her high school studies in 1933, after which she decided to attend teacher's college in Tartu. She completed teacher's college in 1935 and took her first job as a physical education teacher. She had always been interested in physical education and sports so she also participated in several winter sports courses in Finland.

In 1937, Aina took a teaching position at the Tallinn Teachers' Seminar and Training school where her specialization was in children's gymnastics. She used unconventional methods of teaching, such as doing movement exercises to the music accompaniment. She also finished a dance program at Gerd Neggo Studios in Tallinn, which contributed to her successes using unconventional methods of teaching in the classroom. Her favorite hobbies included winter sports, but especially skiing.

In 1944, Aina escaped Soviet oppression in Estonia by fleeing to Germany in the fall. She re-located to Denmark the following year, where she worked as a teacher in refugee camps. In 1947, she moved to Sweden. Two years later, she was wed to Captain Ervin Kivi. Together, they moved to Canada the following year. They lived in Toronto and spent a lot of time at Six Mile Lake, participating in water sports.

Aina worked for 30 years at the corporate offices of Sears Department store. She passed away while living in Ehatare on July 29th, 2005.

Captain Ervin Kivi was born on October 7th, 1908 in Otepää. After he finished high school in Otepää, he entered into the Estonian Military Academy in Tondi. Upon graduating, he worked as a soldier in Valga and later as a scientist specializing in explosives at the Tondi Military Academy. In 1944, he fled Estonia in a small boat to Sweden, where he found work as an engine controller in Stockholm. When he relocated to Canada, he also worked in the technical field in Toronto. Ervin Kivi passed away on December 16th, 1996.

Since Aina and Ervin Kivi both came from hardworking families and Aina was herself a schoolteacher, the couple valued schools, youth education, and mental and physical development for children and held these things very close to their hearts. The memorial fund in their names fulfills their desire to support and sustain Estonian youth education in Canada for generations to come.

DONATE NOW
WAYS TO GIVE
GET INVOLVED