It was Friday night and Dad had taken her and Astrid to the video store, like always, while Mom made dinner, like always. But Dad had not watched the video with them. “Dad has to work,” said Mom.  She was worried about him and that made Katrina worried too.

When Katrina and Astrid went down to Tamma’s to say goodnight, Katrina could tell that Tamma was also worried.  “Are you OK, Tamma?” she asked.

“Of course I am OK,” snapped Tamma. “Doctors don’t know what they’re talking about.” Then she asked, “Do you remember the song?”

The girls remembered and they sang the song that Tamma taught them so they could sing it to Vanna when she came for Christmas.

Dad was sitting in front of his computer, staring at the screen without hope.

Dad attempted a smile and Astrid went off to brush her teeth. Dad beckoned to Katrina and whispered to her, “Do you think Astrid will mind very much if she doesn’t get a Transmetal Megatron Dragon Transformer for Christmas?”

So lying in bed that night, Katrina was worried. She wondered if maybe she should pray to God to make sure that Astrid got her Transmetal Megatron Dragon Transformer. (And perhaps mention Katrina’s Harley Davidson Barbie in passing.) Their friend Allie prayed to God and went over her entire Christmas list with Him. But Katrina was fairly certain that it would be inappropriate.  (Besides, she wasn’t entirely sure about God.)

Astrid said, “He doesn’t know we heard the reindeer.”

They could have told Fraser about the reindeer but there was too much to explain.

And then they would have to explain how last year they had Estonian Christmas at Andres’ house. They were playing Pokemon Stadium in the basement when Andres’ mom called down and said she could hear sleigh-bells.  As the three of them went racing upstairs they heard a tremendous clattering of hooves above them. Then Dad and Onu Toomas came running down the stairs shouting that they could hear reindeer on the roof.

They lost precious time because Mom made them put on their boots and coats and hats and scarves and gloves before they rushed out. They went all the way to the end of the street looking up at the sky but the reindeer were gone. Then Mom said, “I wonder if Santa brought any presents.” They raced back down the street to Andres’ house where Dad and Onu Toomas were standing outside, looking up at the roof, checking for damage.

They lost more precious time because Mom made them take off their boots and coats and hats and scarves and gloves and hang them up on hooks. They charged into the living room and … yes! Yes! There were the presents, all piled up around the tree.  So how did they get there, huh?  Katrina would have liked to see Fraser try and talk his way out of that one.

The next morning Dad was sitting at his computer again. Mom was in the bedroom with the door shut, making phone calls. When she came out, she was excited. She whispered to Dad, “Newmarket. Toys R Us. They’re holding it for us till five.  If I leave now I can be back in time to …”

“But you need to figure out …”

Mom brings a glass of milk and a plate with three cookies and puts them on the marble table. Astrid brings a bowl with six carrots.

They put on their boots and coats and hats and scarves and gloves. Dad comes downstairs holding his cell phone. Mom looks up. Dad smiles and says, “He was just calling to say thank you and Merry Christmas.”

Dad looks at Tamma and worries whether the walk will be too much for her. “Kas sa oled kindel, et sa jäksad jalutada terve tee?”

Andres has moved to Winnipeg with his mom and dad. So for this Estonian Christmas it’s just Katrina and Astrid, Mom and Dad, and Tamma and Vanna.

They walk to the kirik. There is fresh snow on the ground. It snowed on the day before Christmas Eve, like always. It is a clear, crisp night. Mom and Astrid walk in front, Katrina walks behind, holding hands with Tamma and Vanna.  They all sing together:

Mom and Vanna and Tamma are remembering. Katrina and Astrid try to remember too. They remember how Vanna’s dad was a lawyer. Sometimes the farmers paid him with chickens or eggs or a sack of potatoes. But he also played the clarinet and sometimes he would play in the theatre when they were putting on an operetta. It was lucky because when the Russians came they asked him what he did for a living. If he had said he was a lawyer, they would have taken him away. But he told them he was a musician and that was all right. Maybe Vanna and Tamma will tell more stories tonight for the girls to remember.

Katrina and Astrid are cold now. Dad arrives with the minivan and they all climb in. “Any sign of Santa?” asks Mom.

“I thought I heard sleigh bells just as I was leaving,” says Dad.

“Did you hear hooves?” asks Astrid.
“I heard something,” says Dad.

The boots and coats and hats and scarves and gloves have to be taken off. And they have to be hung up on hooks. Then into the living room and … yes! Yes! Presents, all piled up around the tree.

On the marble table there is a glass with a few drops of milk, a plate with cookie crumbs and a bowl with six carrots chewed down to the stalks. Explain that, smarty-pants Fraser!

Katrina realizes there was never anything to worry about.

Astrid is happily morphing her Transmetal Megatron Dragon Transformer through its many changes. Mom and Vanna are in the kitchen getting the food ready. There will be külmlaud first with verivorst and hapukapsad after. Dad has put on a Dean Martin Christmas CD and is drinking beer and talking to Tamma. Tamma is very tired but she is determined not to let it show.

Katrina holds her Harley Davidson Barbie. Her Barbie has brownish hair and eyebrows and lots of attitude. Her leather pants have a fire pattern down the sides and she has joints in her knees and elbows so you can do more than just move her arms and legs.

It is snowing again. It will snow every year on the day before Christmas Eve.  Every year Santa will get a glass of milk and a plate of cookies and the reindeer will get their carrots. Tamma and Vanna will be there every year and they will all walk to the kirik singing “Sauna taga, tiigi ääres.” The stones with the names will be there in the garden wall forever and every year the family will come and remember.  Like always.

Katrina will decide about God some other day.

Elmar Maripuu was born in London, UK, in 1952. He went to Latymer Upper School and graduated from the University of York with a BA in English and Related Literature. He then worked as a computer programmer in London. He lived in New York City in 1980 where he wrote his first Estonian play Sündmused sureval planeedil. He moved to Toronto in 1981. In Toronto he formed an Estonian performance ensemble, performing plays in Toronto, New York and Chicago: Palagan, SuperEsto and EstoMacho. He was back in New York City in 1984, where he wrote the Estonian/English/Spanish play Dos Grandes. He lived for most of 1990 in Tallinn with his wife Heli Kivilaht, working as a translator for the Estonian Encyclopedia. They returned to Toronto, where their twin daughters Helena and Valentina were born in 1993. Elmar currently writes software for the charitable gaming sector, doing business as Stone Bay Software. He still writes plays as time permits: Forever was selected for the hotInk at the Lark festival in New York City in 2011. Moving On was performed at the Toronto Fringe in 2019. 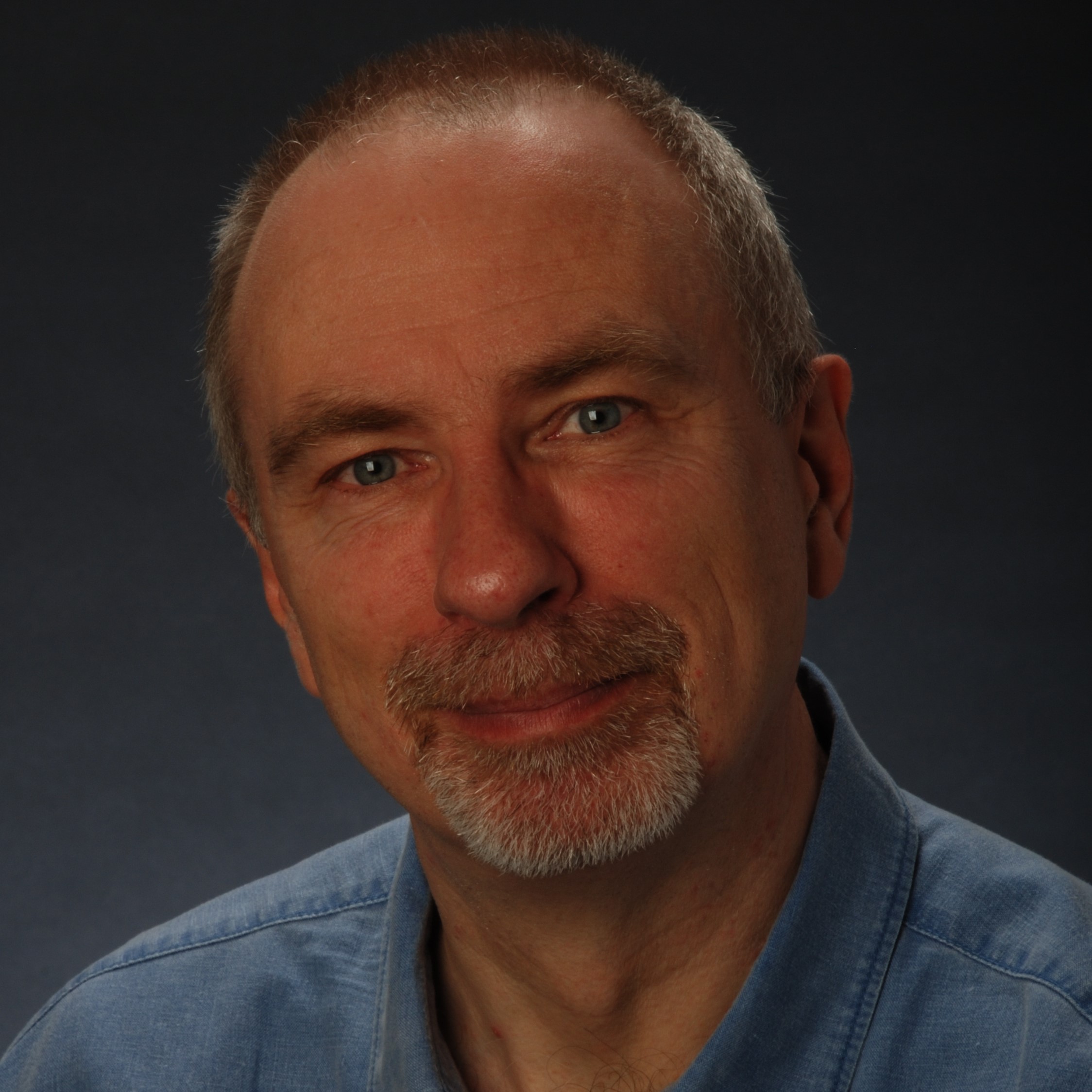